A Month to Remember?

January, like most running months, had it’s ups and downs. My biggest victory was finally achieving over 100 miles in a month. I’ve been trying for months to break that 100 miles and got close with 80-something. It felt so good to finally hit, and surpass, that target! I ended January with 109.

The not so good?

My half marathon. My time was pretty average for me but the experience was probably my second worst race. The first? The trail run when I threw up. Thankfully, there was none of that this time.

I got there with about 15 minutes before the start time and passed on the porta potty line thinking I didn’t really have to go. Then, of course, the start is delayed by about 10-15 minutes and the waves are even more spread out because they are letting the light rail through (I don’t remember them doing this in years past – corrals always rolled out quickly). When I get to the line she announces this is the final corral and I’m like what? No, I got in corral 13 and there were at least 15 or 16 corrals! I passed the 3 hour half pace group fairly early. Clearly, everyone just ignored the last few corrals. Or they pushed everyone through to be done on schedule.

So I finally get to start and suddenly have to pee. I keep watching for porta potties but the first two stops have only one or two and looooong lines. Finally, around mile 3 I see about 10-15 porta-potties and cut over. Only to realize there’s a 3ish foot wall I had to scramble over. I head to the far end of the line of porta-potties where no one is waiting and grab one immediately. I will never understand why everyone stays on one side. Got right back into the run after my pit stop, which probably felt much longer than it actually was.

Around mile 6 I can feel my right hip tightening. And it kept tightening. I had to walk a bit, maybe a quarter mile. I then ran about another 2 miles and took another walk break to eat my chews knowing what lies ahead.

My nemesis.
The part of the course that makes me realize all runners are masochists.

It doesn’t look like much. Doesn’t seem bad when driving but running it? AWFUL. I was determined to conquer the hill this year but at one point I had to walk because so many people were walking. It was the only way to weave through the crowd. Once clear of the crowds I started running and did the awful crest the hill, run down a bit and then have to turn around to go back up. Then finally it was all downhill! (That’s what someone yelled, but it’s a lie – they also yelled we only had 3 miles left when it was more like 3.4 – totally not the same thing).

Usually, the city cleans up the potholes for this race a bit but this year it seems they just taped or coned the incredible bad ones. I was worried about twisting my ankle running down the hill because it kept getting caught on ruts in the road.

Mile 10-11 ish is a slight uphill on a banked road. It’s not fun and my ankle decided it wanted to die. I walked off an on for miles 10-12.5. Then I ran it in, got my medal, and thought I was going to die. I had a ride there this year and the walk back to the garage was much farther than the L stop.

I almost thought I was going to pass out waiting for my lunch. I was so dead tired. It was not my day. My energy level was just non-existent. But I finished. And that’s what matters.

Running will always have ups and downs.

It’s what we do with those that . I started implementing more hip opener stretched and haven’t had the tightness creep in during long runs. I also know I can run 100+ miles in a month. I can run 30+ miles in a week. Once you break through the mental barriers it becomes easier to keep hitting those goals.

Yes, I realize we are almost through February but I wanted to get this out there and finally made time for it. I will be more on top from now on. Maybe.

What running (or mental) barrier have you overcome recently?

Jenna Volden has a degree in business and has spent the last 10 plus years working for others. She believes it is time to start her own photography and writing business. She enjoys running, coffee and helping others achieve their goals. Gluten-free foods are a lifestyle, not a choice, for her due to celiac disease. She is currently based in Phoenix, Arizona. 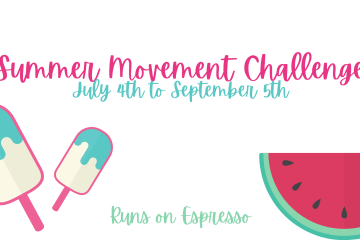 Share this... Facebook Pinterest Twitter Linkedin Let’s get moving this summer! We all know we should probably move more. But we get busy, wrapped in work or other responsibilities. We want to get out and Read more… 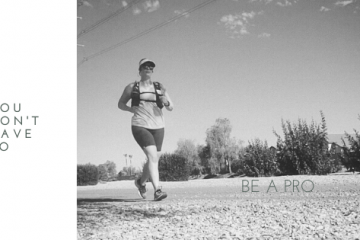 You Don’t Have to be a Pro

Share this... Facebook Pinterest Twitter Linkedin Recently Honey Stinger came out with their You Don’t Have to be a Pro campaign and it got me thinking. Of course, their campaign is focused on their product Read more… 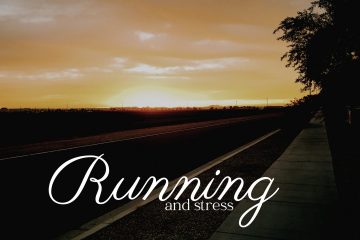 Share this... Facebook Pinterest Twitter Linkedin Does running help reduce stress? The short answer? YES!  The long answer?  Running can help calm you. It can give you something to look forward to. Running can give Read more…